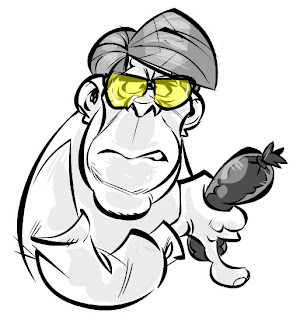 Some times I make a good fist of the caricaturing.... some times not.... here is perhaps a John K... on the other hand, I have four fingers and a thumb
Posted by Mick at 8:13 AM 1 comment: 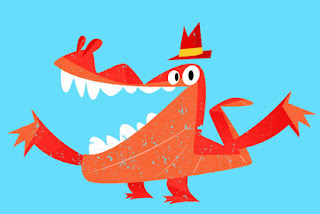 Welcome to red
Posted by Mick at 4:08 PM No comments: 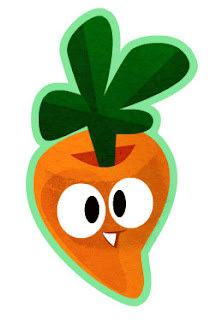 So when did 'the wow factor' begin? When was it decided to apply the phrase to everything from cup cakes to tudor home renovation?
So when did 'on trend' begin it's creeping progress into every day talk?
So when will I be on a winning pub quiz team again? 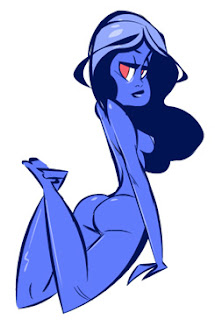 and another thing... why is 'road kill' deemed dirty or at least distasteful? Is this another example of our twisted view of the world without. Try 'mechanised high stress kill' , 'electrocuted kill', 'bolt through the head kill', 'slowly drained of blood kill'... do they sound more appetising?
I only ask because the other day I read about a chinese restaurant that was done for using a road killed deer as food. The report kind of suggested that the deer (which was still bleeding) was some how tainted because of the way it's end was met. Say to a fellow meat eater that you eat road kill and watch the crinkly brow and up turned conk. Explain the horrifically stressful and cruel method by which chickens make it to their fridge and watch the floods of indifference wash away any interest they may have politely conjured. 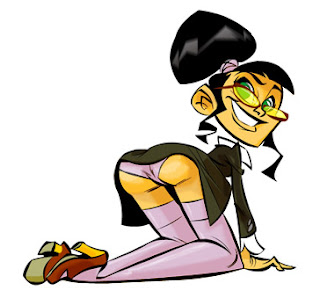 In the flagon by the telly
cross keys food now in the telly
Posted by Mick at 10:42 AM 1 comment:

Reasons to be cheerful 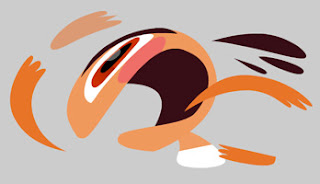 These are the parts of animation that make all the tinkering and the incredibly long process worth while. I always like the bits between 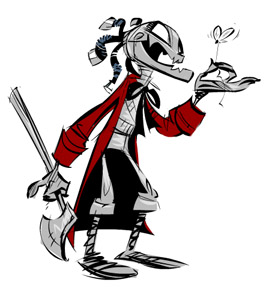