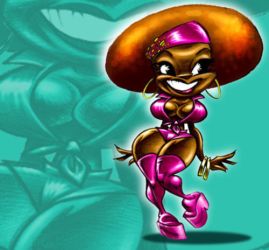 Here is a girl with a haircut. je vais mange l' autobus avec cous cous
Posted by Mick at 12:24 AM 5 comments: 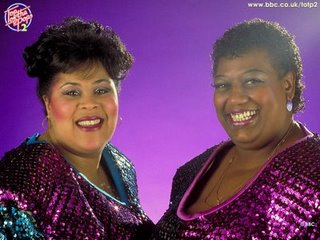 girls nadgers
a kissed a girl right on the kipper.. she sneezed and blew my hat off. temporarily stunned I reach for my pants and found 'Clare'.

She was sixfoot three with twelve more inches of bagels on her bonce. I watch helplessly as she helped herself.

It's a testament to the power of speech in that I couldn't think of anything to say to her lucious frame... slowly a thought formed, I opened my mouth and out spilled 'Do you think the Wethergirls were fat on purpose?'
Posted by Mick at 6:31 AM 2 comments:

Nothing to see here... move along 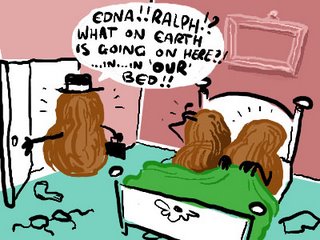 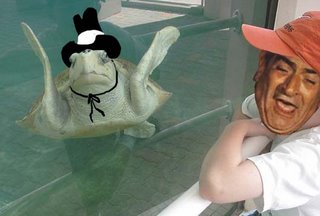 A tiny spanish maniac laughs heartily as a noble sea turtle tries to dislodge the all too snuggly fitted tifter yesterday in Buenos Areas. This type of thing being as what passes for culture in the frontier towns and shopping melons in todays 'me, me' me' society. 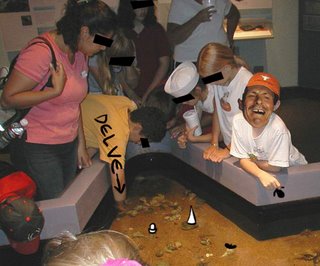 Children as young as these ones caught on camera at the facilitys 'Hat correction' block are taught in no uncertain terms how to remove and eventually 'forget' where they left the hats of exotic seasnails, cockles, winkers, shrimp horses and octojellypickles. Some even finding their way into bus station lost property fires. 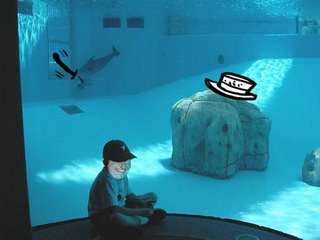 A dolphin (or cabbage of the sea) driven insane by years of ill advised head furntiture and a partially old blow hole tries in vain to knock the ridiculous festival goer drug hat off it's narrow manners as an impish imp sends radio controlled instructions to a straw boater on a 'rock'. 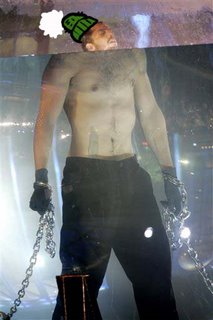 Thank god arseholes like TVs clown and magic impressionist Daniel Blaine are making a stand. Tied to three of four cruiseships and driven out into clear clear water with light bulbs, liver damaged charlatan Blade is holding a forty year vigil in the name of sea creatures everywhere to raise awareness of their plight.

Of course they are real, that's why they look fake 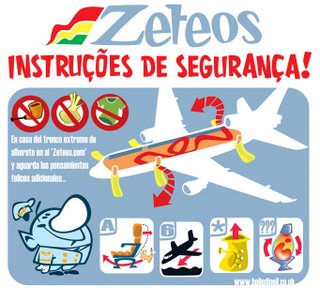 If you didn't try it already i recommend a trip somewhere on a plane. Preferably a place far away then you can enjoy the 'flying' for longer. The wind whistling through your floor boards, by jingo there's no place like it, although at todays hectic prices you'd have to wonder. Maybe water is your bag, in which case why not try some sailing with 'friends' round the Cape of Good Weather. Take some wine, old mother Cor Blimey and a seagun for beating the mermaids without. Above all keep yer peepers peeled and your snouts in an air tight sea going hairyplane zip locker away from the kids on the top shelf of the newsagents amongst the 'Gentlemens excuse me' literature.
Posted by Mick at 12:56 PM 11 comments: 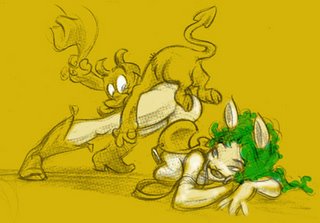 Some guy i work with didn't like this one as she looks like a two bob bint. I would say she was more of a four bob bint myself... but what do i know??? Clearly not much about the price of bints. 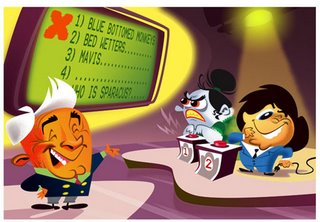 Here is one that i smelled all the wordies wrong on. they smelled more like numbers to me 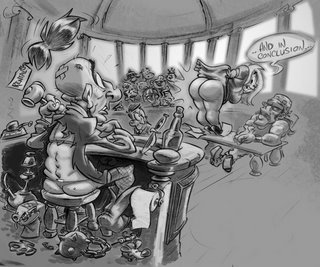 here is a another picture 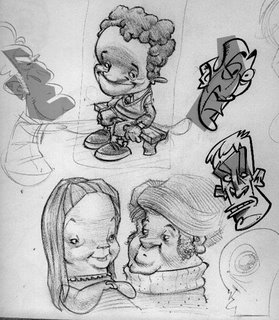 ...and here is another, this one has some people on it from Iceland... or Aldi or netto i never can tell the difference.... ho ho yeah i know, suit yerselves then.
Posted by Mick at 9:53 AM 5 comments: 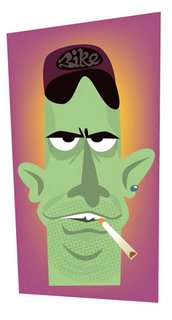 here is a picture I made of our pal Gord. his real name is Gordon and he is from Scotland in Canada. yesterday is his birthday and as a mark of respect we are ridiculing him in the form of a biting charicature (which nobody can spell). i post this primerilly (which i can't spell) to become associated with the wonderful bloggers who post cartoony pictures and have links to each others cartoonty pictures blogs. i too would like links to cartoony peoples blogs and become worthwhile by mistake. Right now i feel like that Anastsia (not Albert) when she tells us all in garbled stadium language that she has been ' lef ortsaidddd alorn, left ortsaid alorn, yer know, orll moi loife ah bin wading fer yoooo t'bring a faireetale moi woiy...' and so on. What a gal! What a gal. Sure sure
Posted by Mick at 6:36 AM No comments: 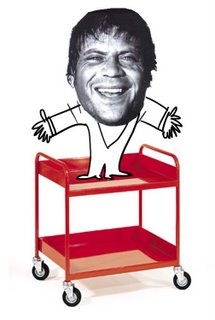 Big disappointments all round. I have had a blog now for... oh I don't know, some small amount of time and I have noticed a distinct lack of any benefit in any of the day to day things a fellow must do to keep the liniseedy ropes of banality from holding him down. Yep, that's right so far it is a big disappointment.
Posted by Mick at 5:37 AM No comments: 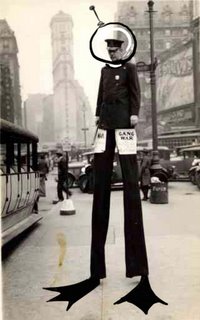 No doubt i will be back tomorrow to bore the marrow out of anyone wandering around the internipple looking for cheap thrills and/ or half baked ideas and doctored facts as to the diet of Elvis on the day he fell off the perch, the holy grail (it's a woman you know...yes, a blood line right from Jesus and Mary Magdacling film...no it's a cup full of nothing, but isn't that the way of the cup, the emptiness being the most use i mean... no it's a shop in cairo where Moses served his apprenticeship under Charlton Hestons ever watchful wig), or bargains on ebay to sell back to people on ebay a week later without ever leaving the house... 'I can't use this old hostess trolley that plays CDs' ' Bang it on ebay kidda, nay bother. i bought half a howitzer on there the other day and the seller paid the postage, result! I plan on selling it to a a chinese guy living in detroit who does a tidy line in fish tanks, the futility of which has crushed his fragile bubble' 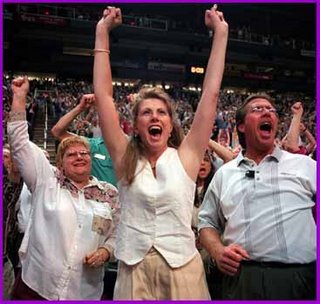