I went to montreal a bit 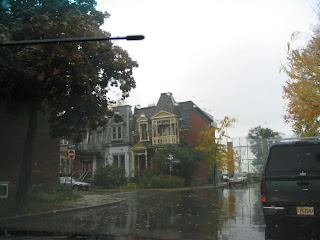 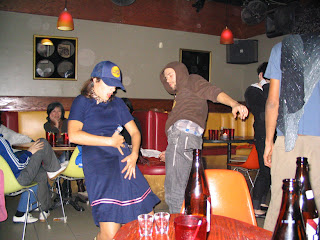 Here are two trained loonies who were doing some new dance like they had been bitten by ferocious electric beasts... they were great 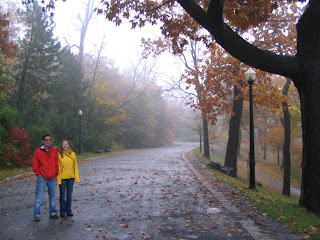 Paul and Bev is the big park getting wet 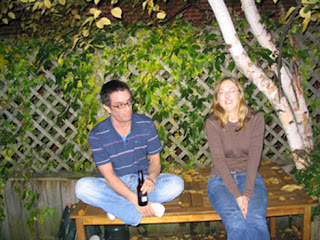 paul and bev sitting on a table (well i never said it was gonna be a poller coaster post now did I?!) 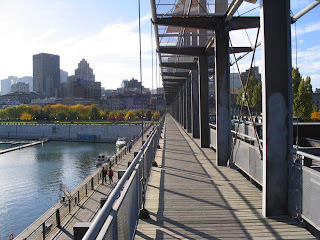 I was trying to be arty or something... I don't have a clue really 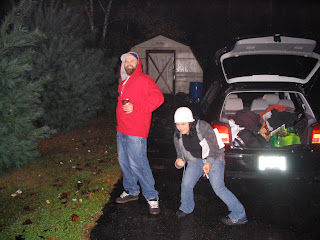 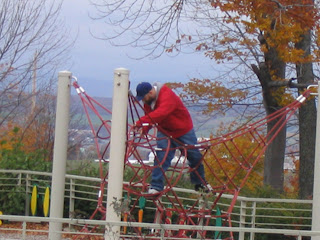 We stopped to play just in case later on we were struck down with the pox and therefore couldnae. Always stop and play kiddies... and avoid the pox 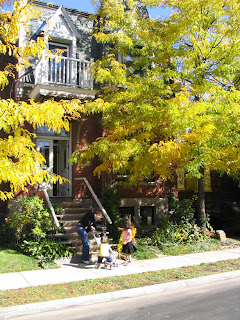 This is my pal Paul Bar None's father's house. there are outside are pauls Niece and nephew, a smarter more polite pair you couldn't wish to meet. later the little man freaked the snot out of me by rolling over a ball and seemingly bending in half the wrong way... 'kids are elastic' i was assured as the colour came back to my ashen face. 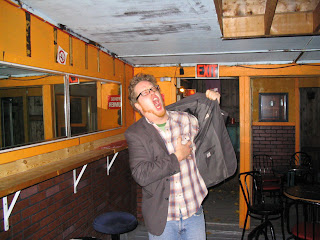 Here is Sean Scott the wonderful fellow who took me out to look at some drinks. he broke his rib but then had a spot of break dancing which resulted in him remembering that he had broken his rib 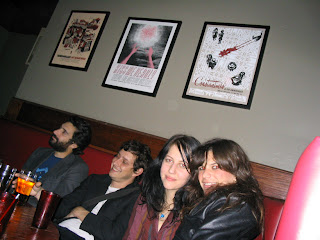 here are Seans pals. That's Serpico on the end, a talented musician next along and a pair of delightful young things who were a pleasure to be around... living out in the sticks I was missing dusky maidens with smiley faces.
Posted by Mick at 1:48 PM

Oy! Looks like youre havin a grand ol time out there.. one that could possibly rival our lake district excursion, what with the crusty houses, dusky maidens et all..
toodle whip!

What a great trip:)
looks u had lots fun there.
I've been there once long time ago and I love beautiful Montreal.

wowie mick your drawings got much more realistic!

fun... it took me a while to recognize were I was doing the ol rib dance though... rough times. It was a true pleasure.